Oscars Hold On To Your Dreams | Digital Marketing | EKR Portfolio

Oscars Hold On To Your Dreams

The Academy Awards, commonly referred to as the Oscars, is THE awards ceremony honoring the achievements of movie makers worldwide. The annual event regularly garners more than 40 million American viewers in addition to millions more who tune in from countries around the world. ABC television has broadcasted the event for more years than any other network. ABC retained EKR to create digital marketing materials to drive tune-in to the broadcast. Among the contracted projects was the Hold On To Your Dreams trivia quiz which was designed an built by the EKR team. The interactive quiz showed visitors a cropped image of an Oscar statue behind held by a winner. The visitor then guesses who the winner is and the correct answer is revealed. The interactive quiz corresponded with a larger print advertising campaign that ABC created for promotion of the event. 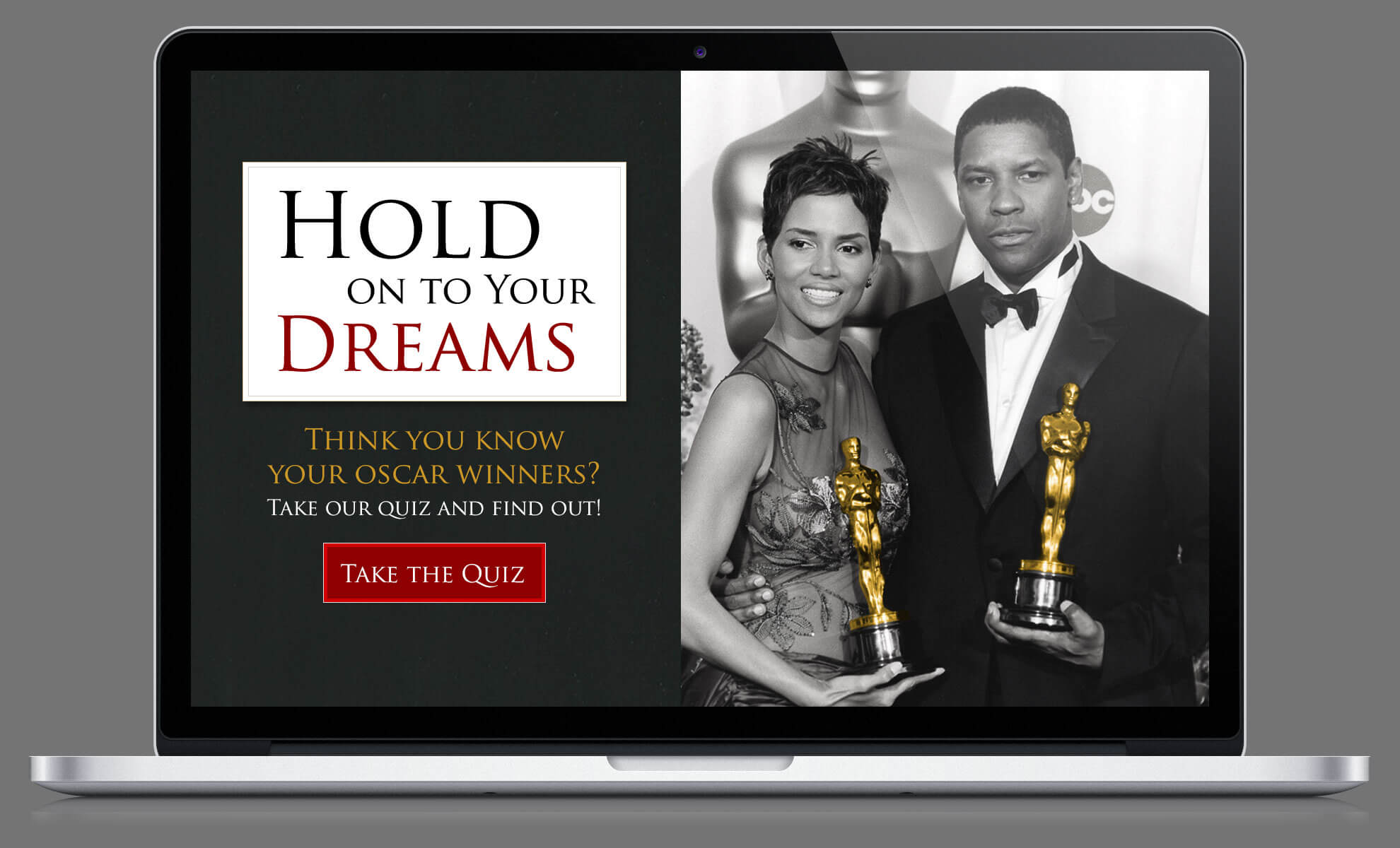 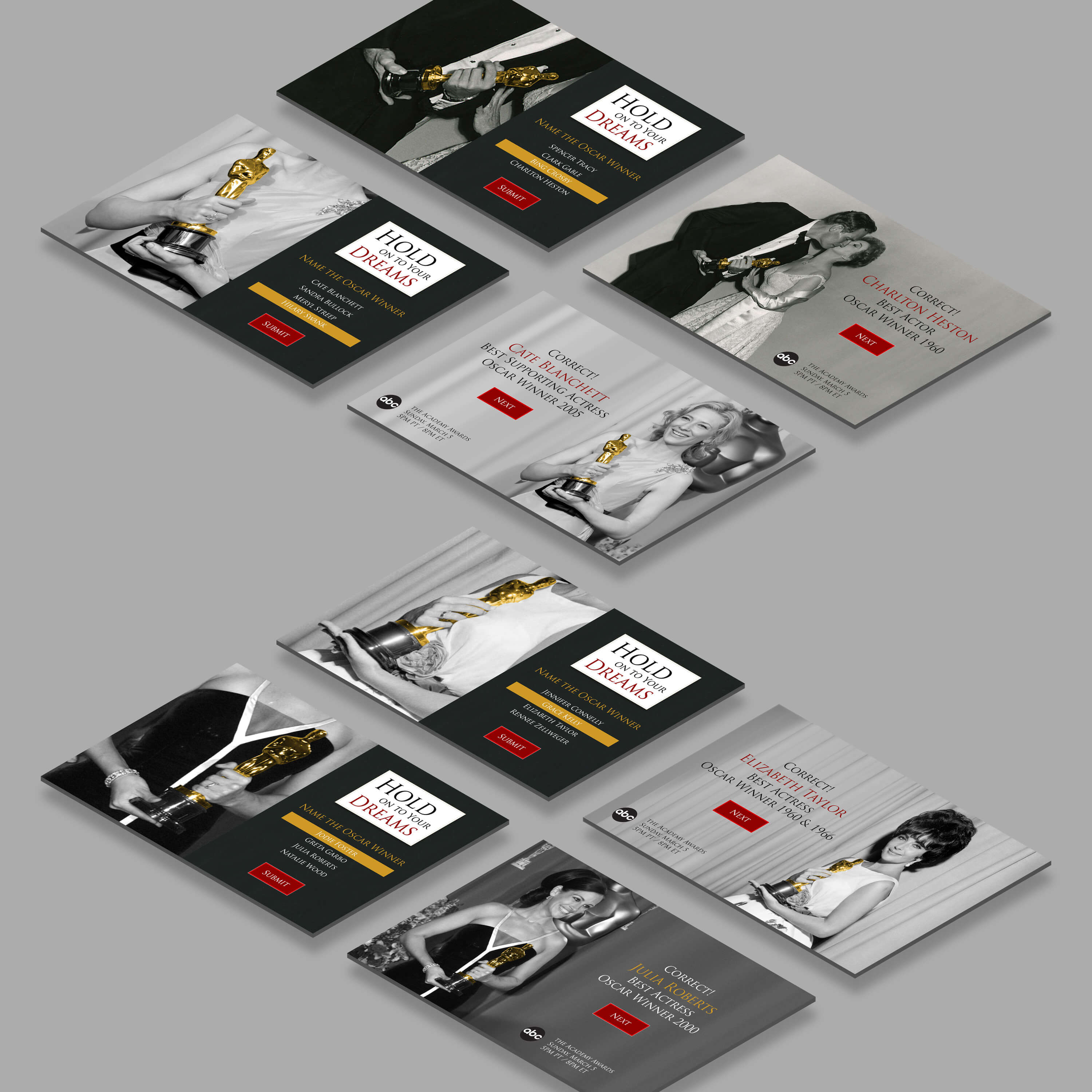 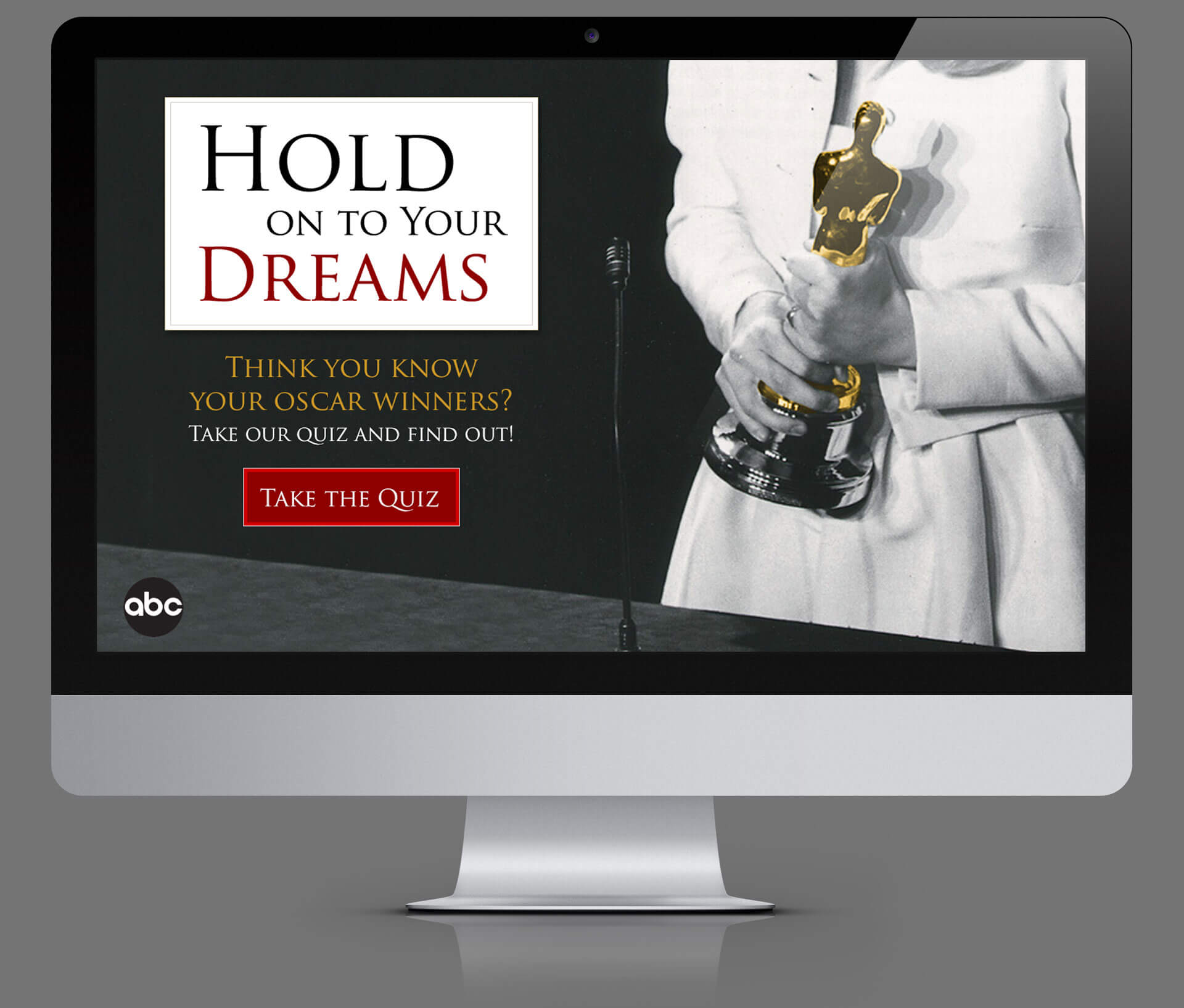 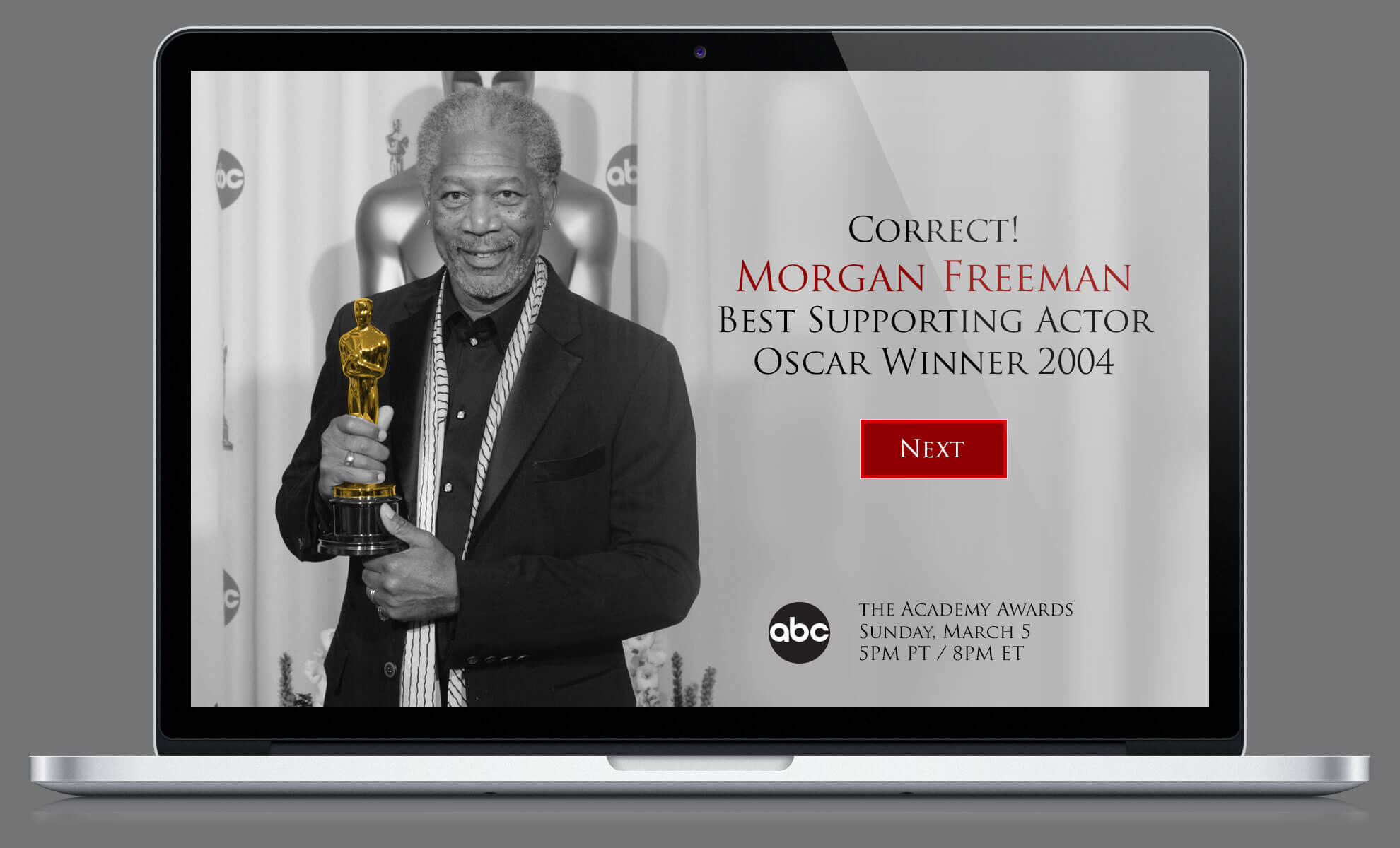