I Am Lost | Game Design and Development | EKR Portfolio

ABC: I Am Lost Game

Before the debut of the first episode in 2004, EKR was hired by ABC to create the very first game for their soon to be hit show Lost. The game featured dozens of interactive environments that corresponded with show plot points and mysteries. Fans of the show could explore the game environments to learn clues about Lost‘s secrets. Not only was this the first game for Lost, it was one of the very first online marketing efforts used to drive tune-in to the series. Lost later became a huge success, and the success of this project (and future projects with ABC) helped EKR grow and gain national recognition. 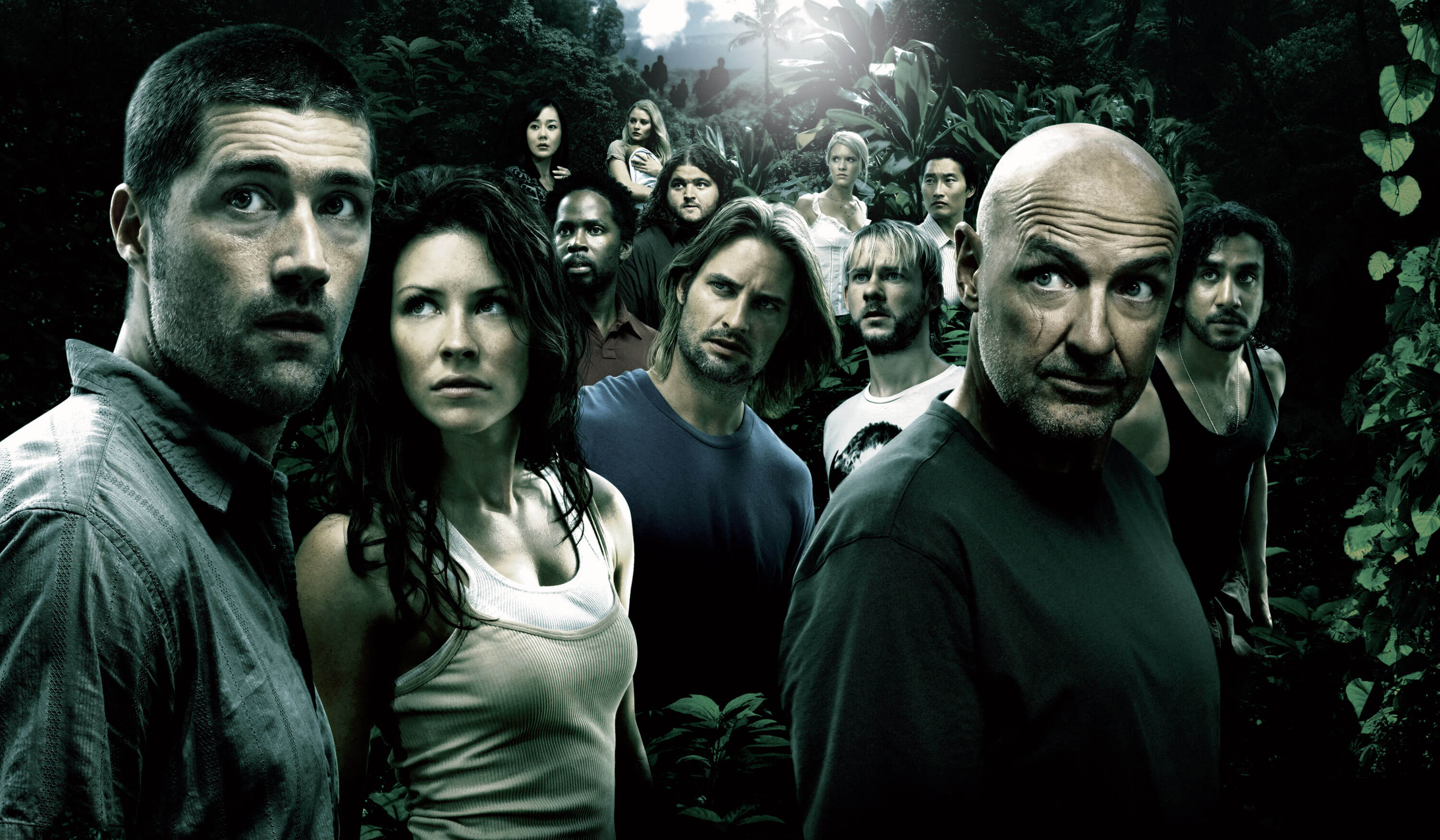 Each week, prior to the airing of the newest episode, an environment would be launched for the game. Game players could explore each environment and discover clues to the mysteries in the show. 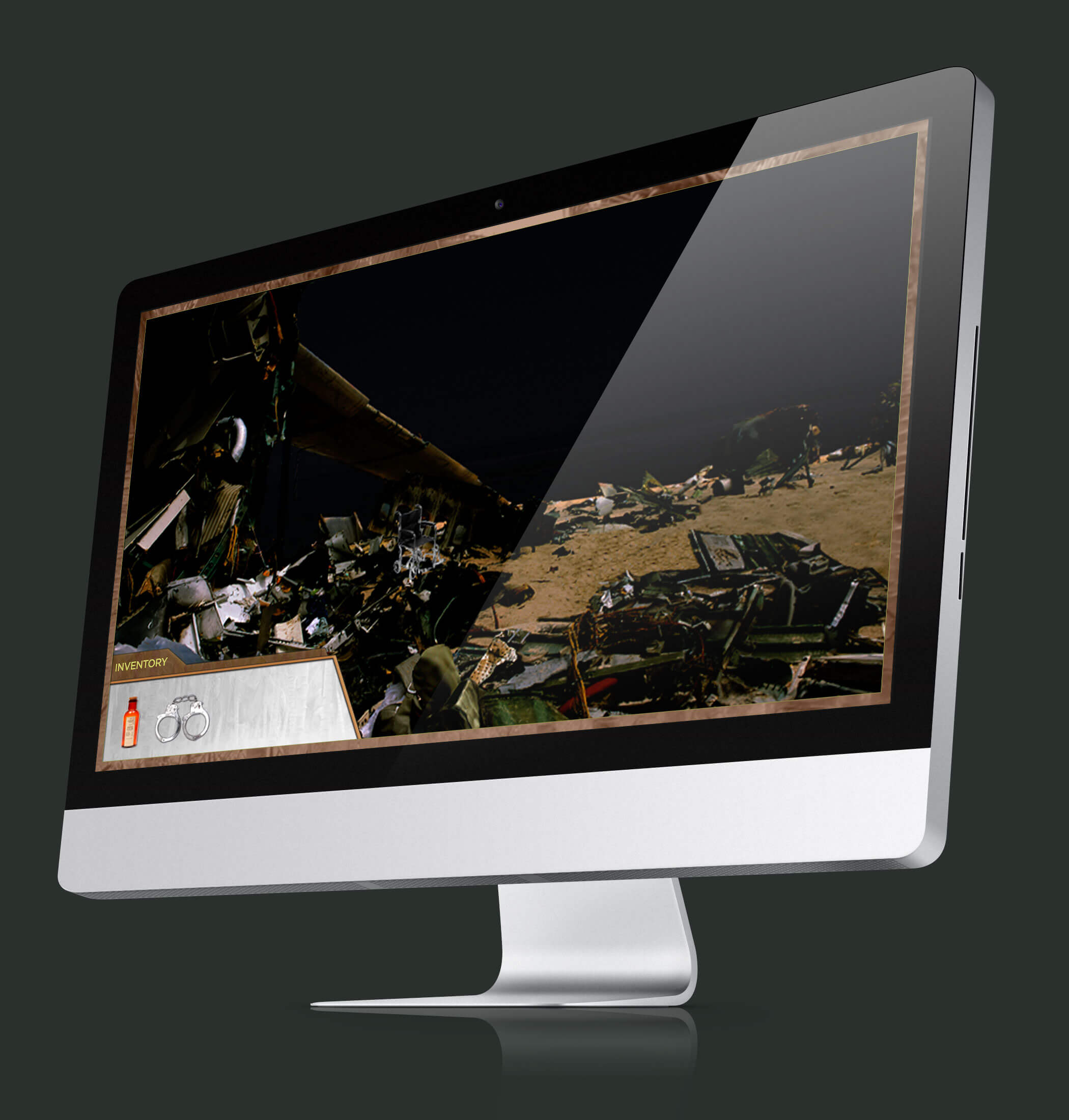 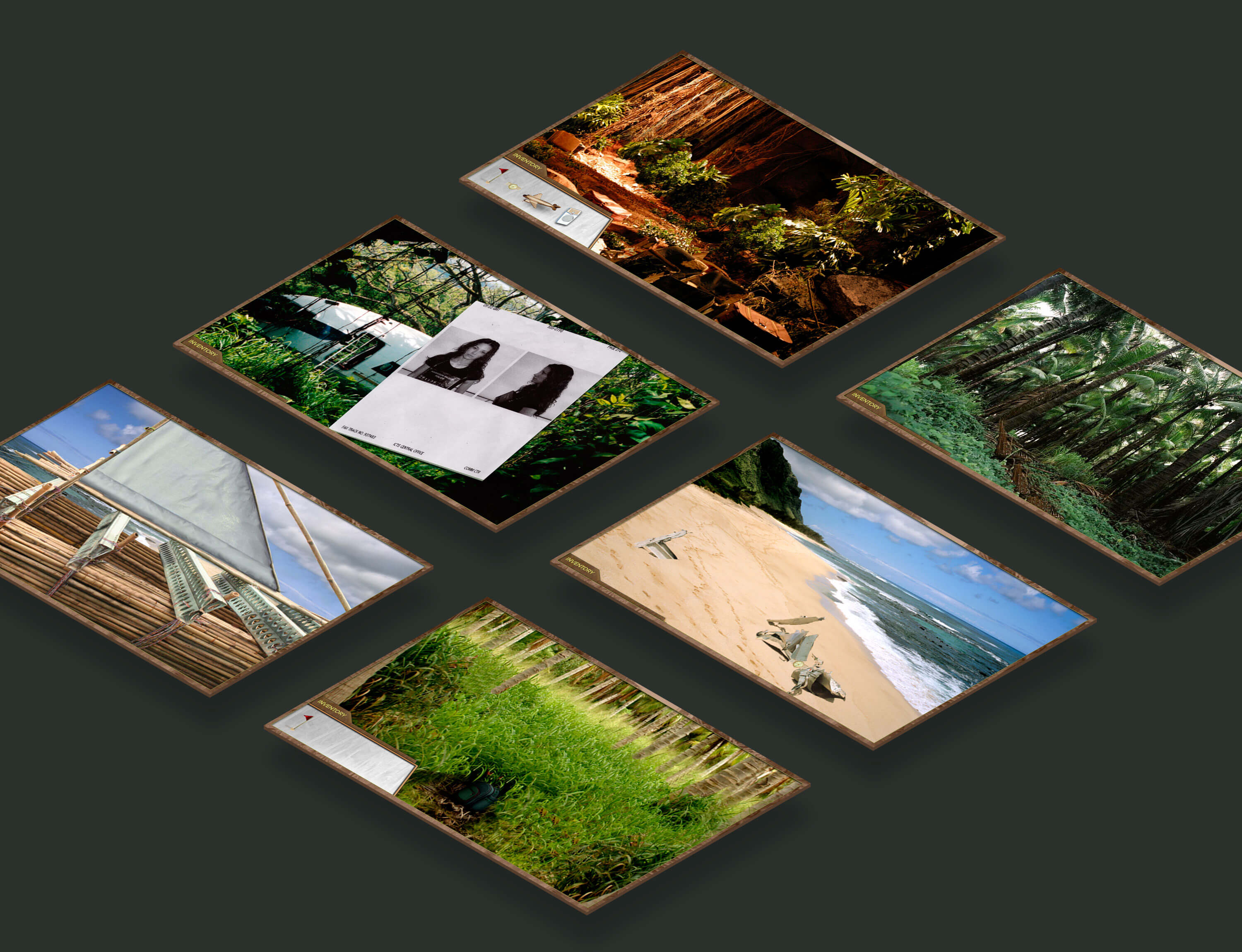 Game players could gather clues and equipment in their inventory and use them to unlock future environments. Each inventory item corresponded with items revealed in each episode of the show. This game element expanded upon the mysteries that gradually unveiled themselves throughout the series.

In order to create the game environments, EKR’s designers heavily manipulated rough production stills to create composite images. This painstaking task required removal of people and objects, modifying terrain and perspective, as well as creating new elements not included in the original photographs.

Dozens of environments were created, each featuring interactive and animated elements. Every week, a new environment was launched in the game to reveal clues about that week’s episode. This strategy was effective in creating additional buzz for the show. 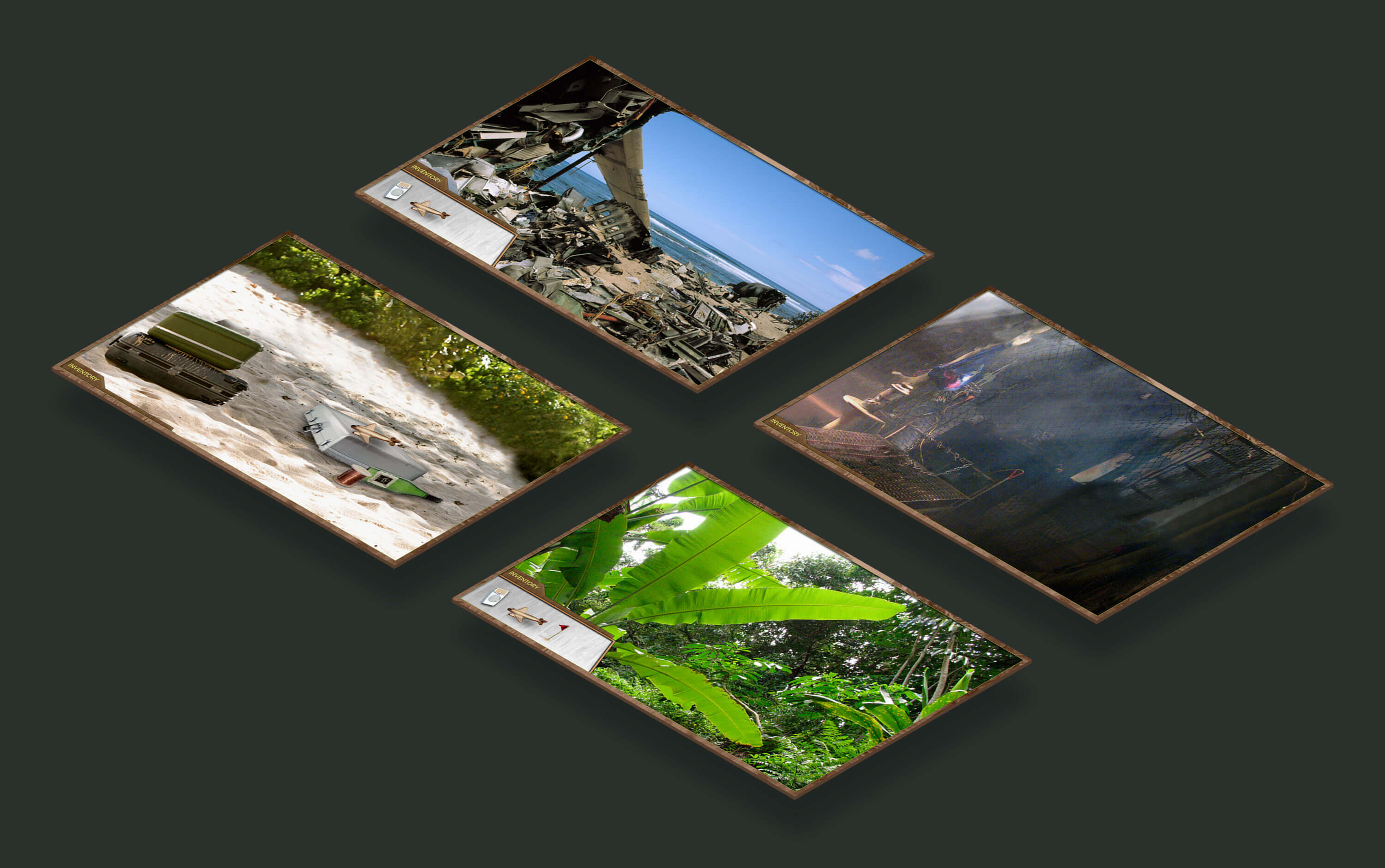 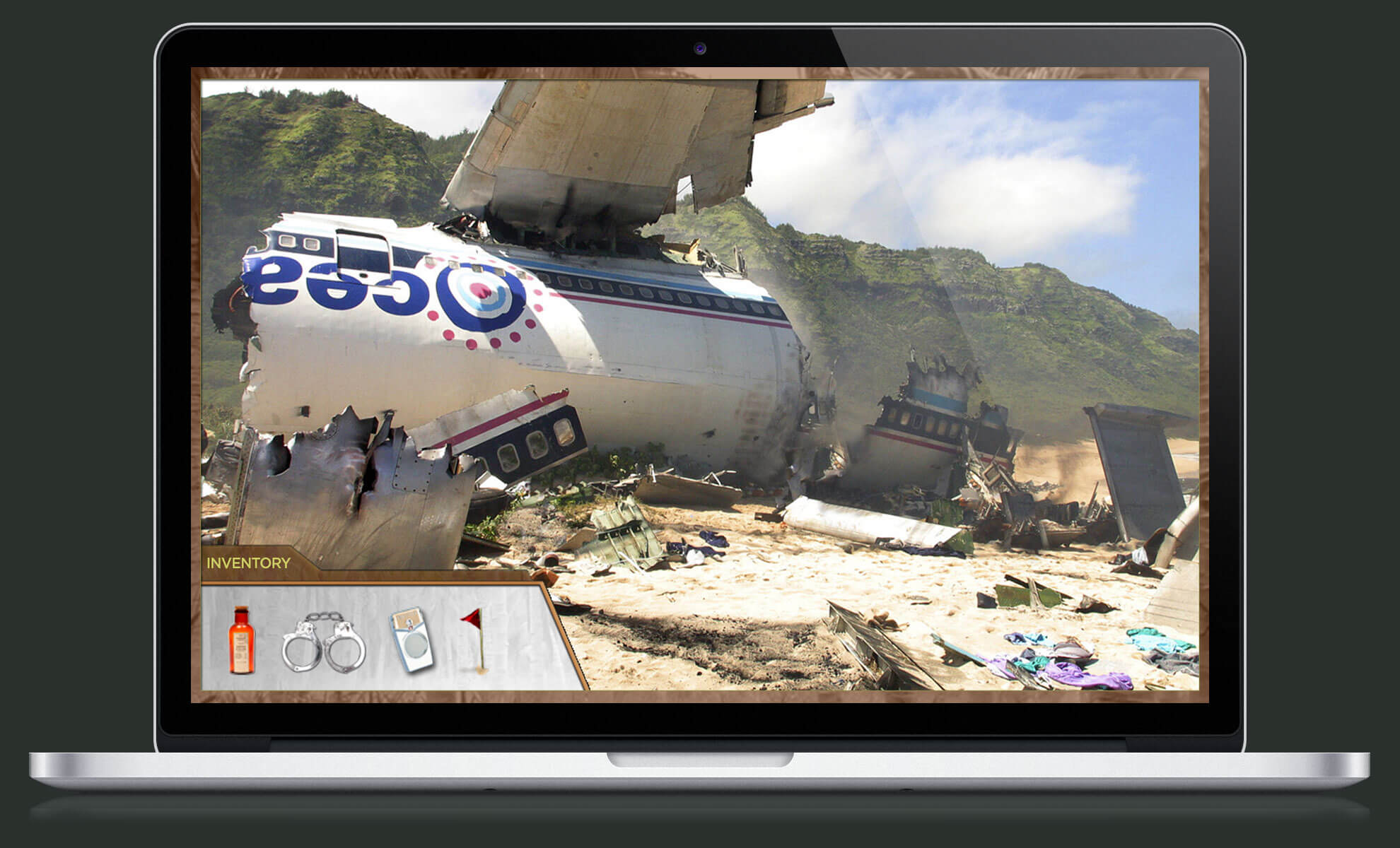