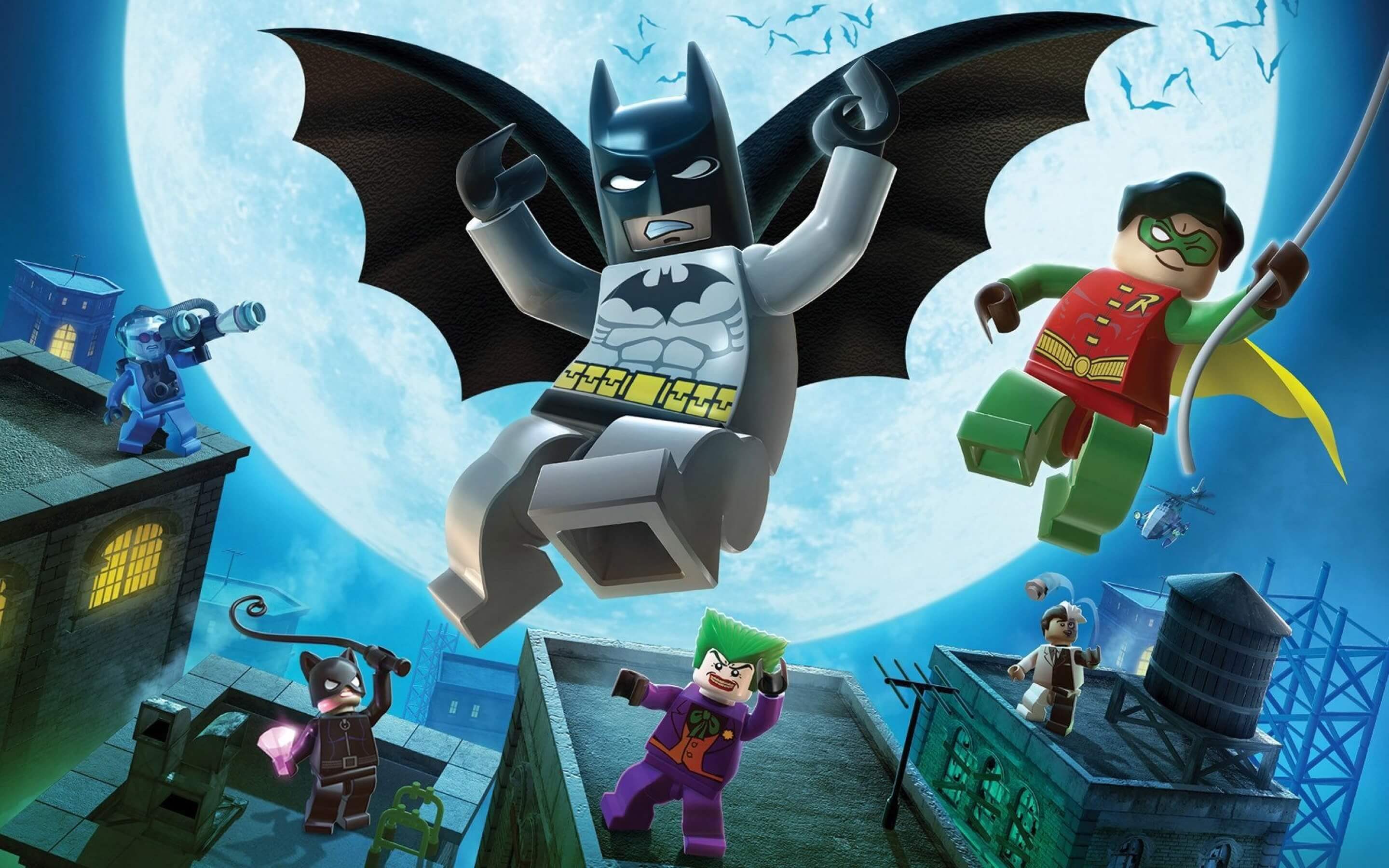 The cornerstone of the digital marketing campaign was the LegoBatman.com website. EKR’s creative team ideated a site that would capture the essence of the game, deliver content to the end user and generate excitement around the release date. The website strategy project phase include content planning, user interface concepts, sitemaps and wireframes.

One of the client’s primary objectives was to incorporate Lego bricks into the website experience. EKR’s design team conceptualized an interactive Lego navigation that allowed users to stack interlocking Lego bricks to create their own site navigation. Through some serious math and physics programming, EKR’s development team successfully executed on an interactive nav that allowed users to fully control and “play with” the Lego bricks on the site. Bricks could be thrown around the screen, bouncing off of walls while spinning and flipping before eventually falling to the ground. 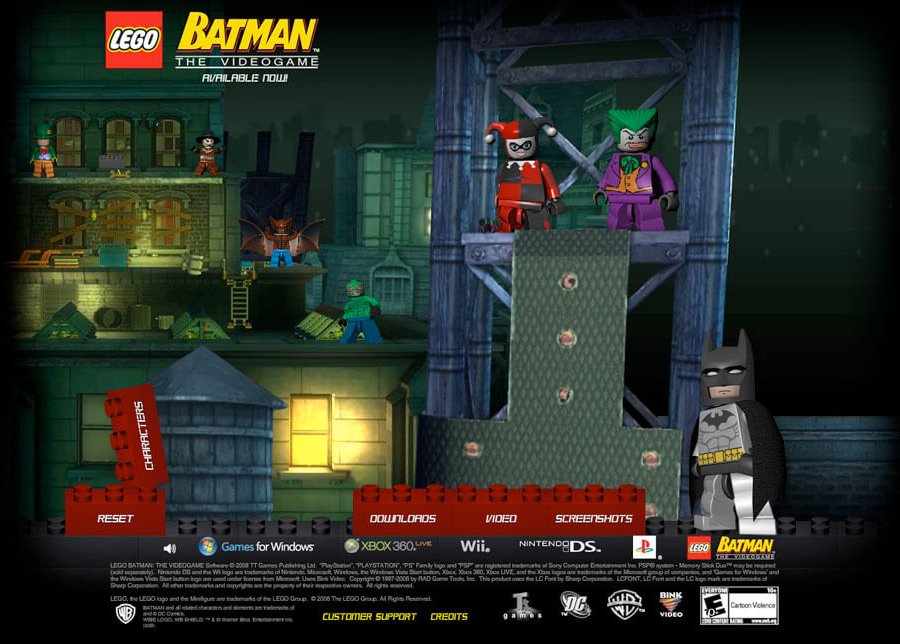 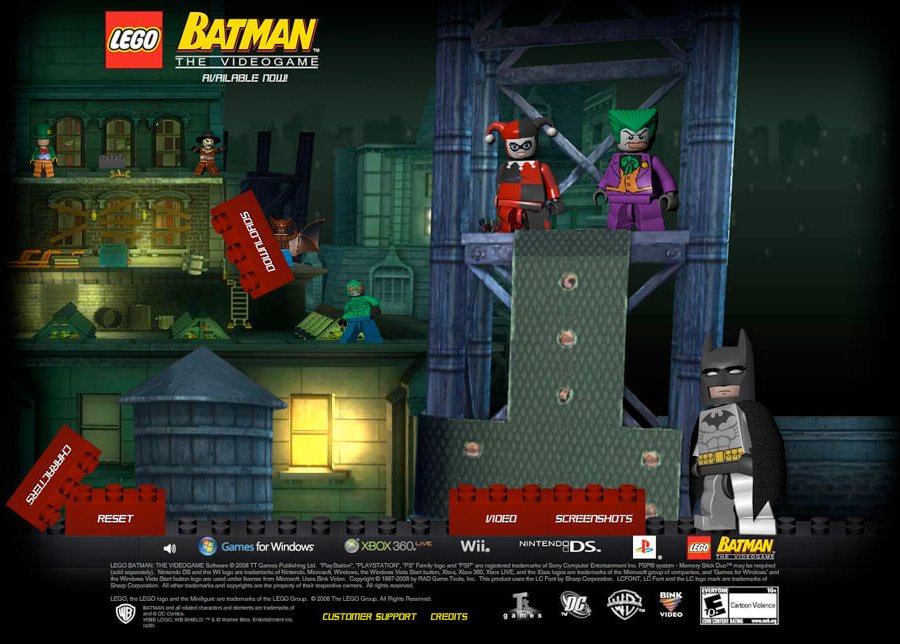 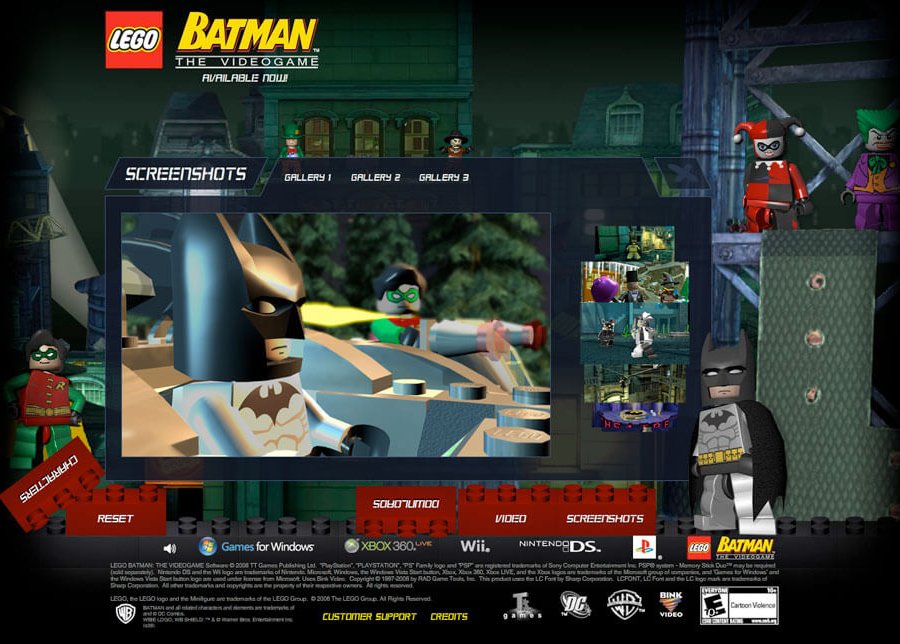 One of the unique features of the console game allows players to experience the game as a both a hero and a villain. EKR mirrored this feature in the site experience by allowing website visitors to choose their side, Hero or Villain. The end user would then be placed in an interactive world visually customized to their selection. 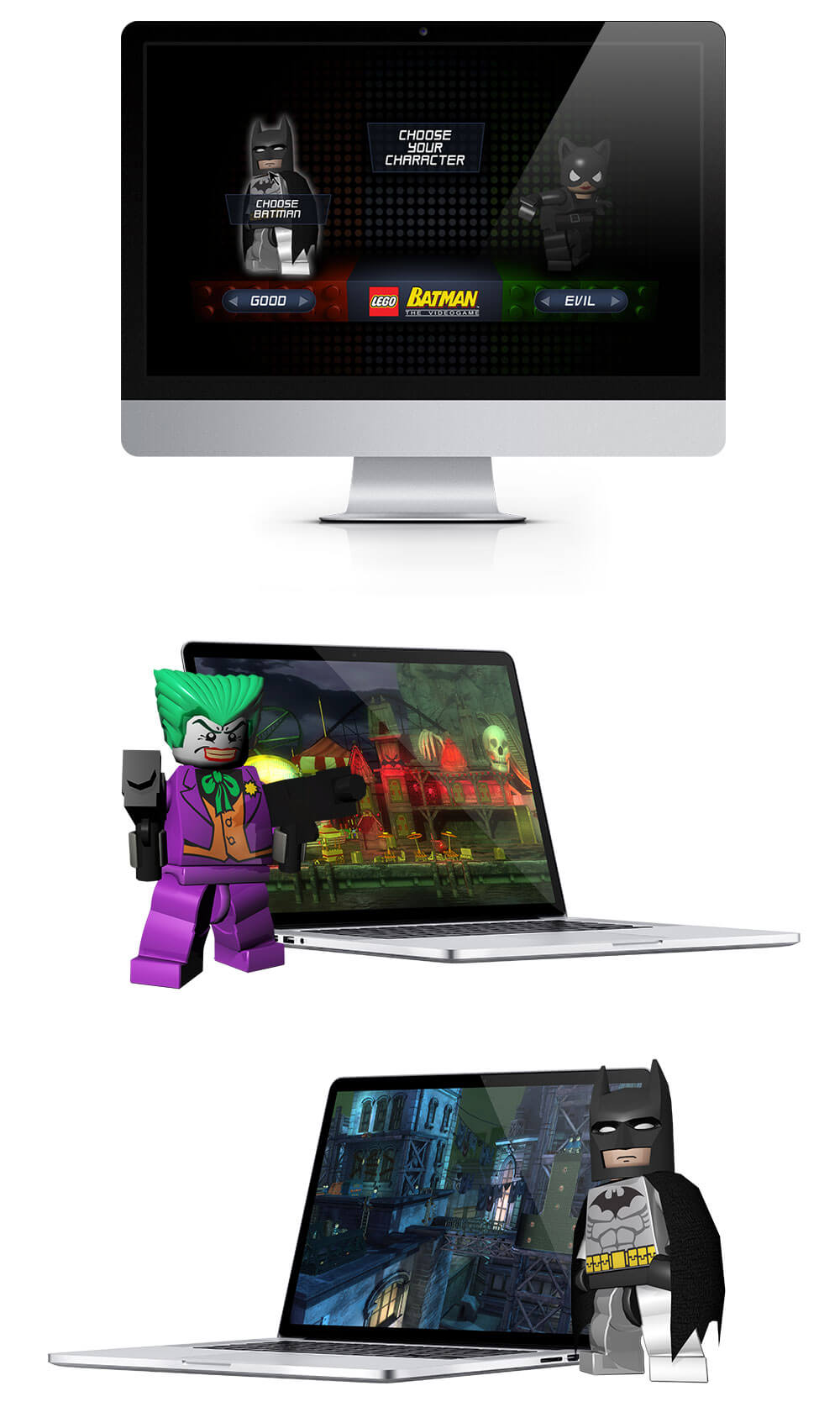 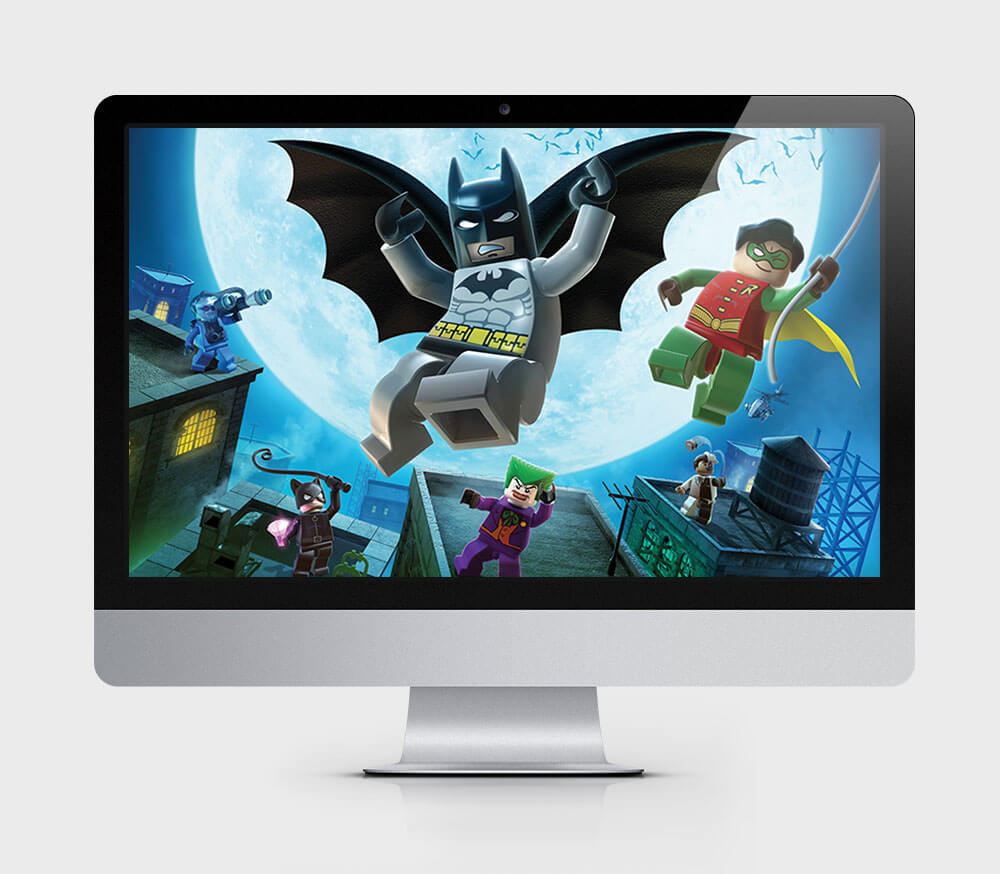 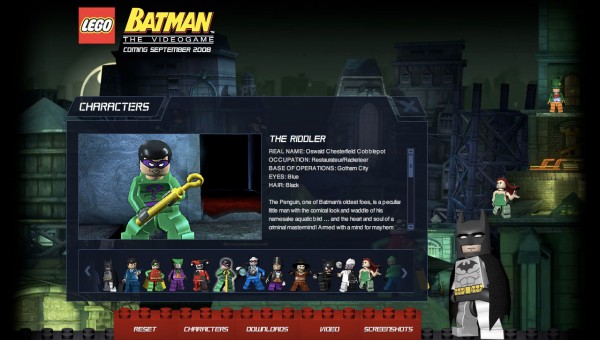 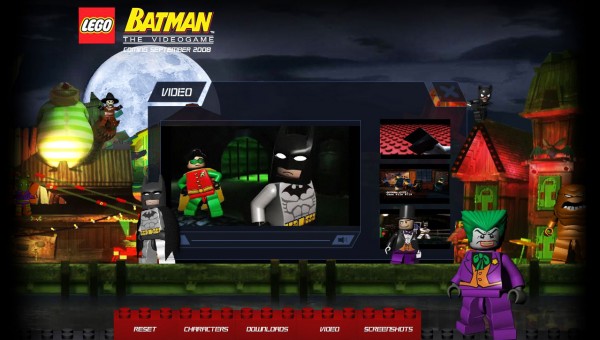 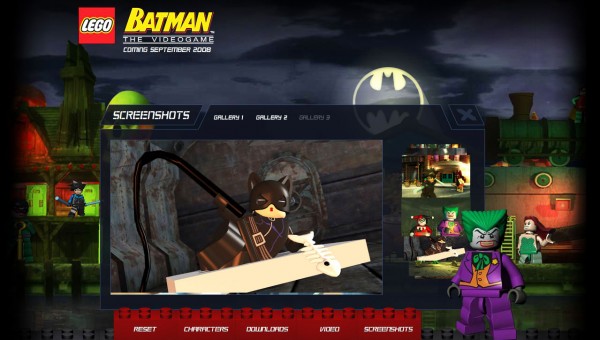 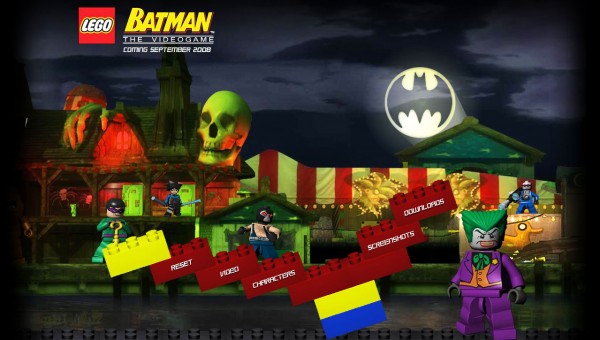 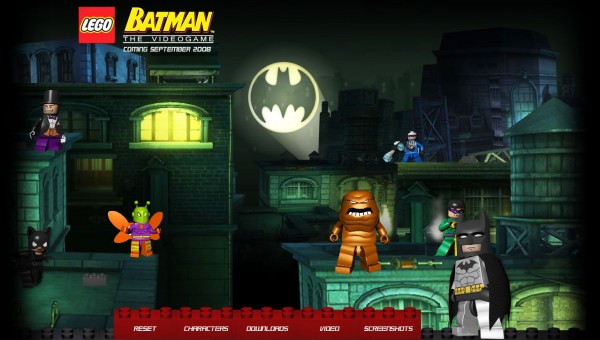 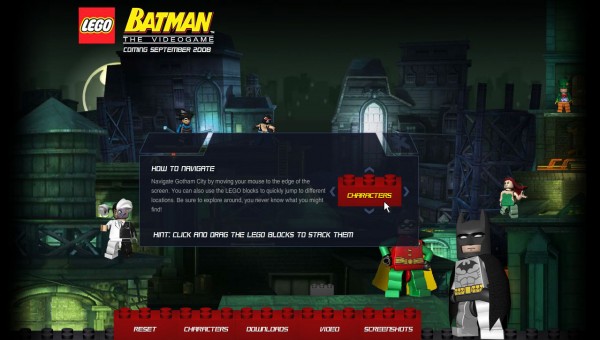 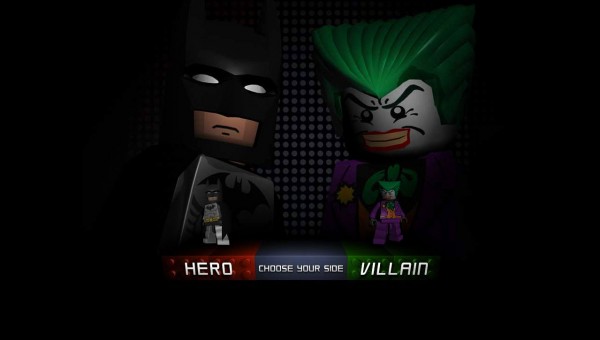 Among several expanded content elements, the EKR team created an interactive, animated countdown widget. The widget could be embedded on user sites and blogs to expand awareness of the video game launch date. Consistent with the game dynamics, the countdown widget was available in both Hero and Villain iterations. 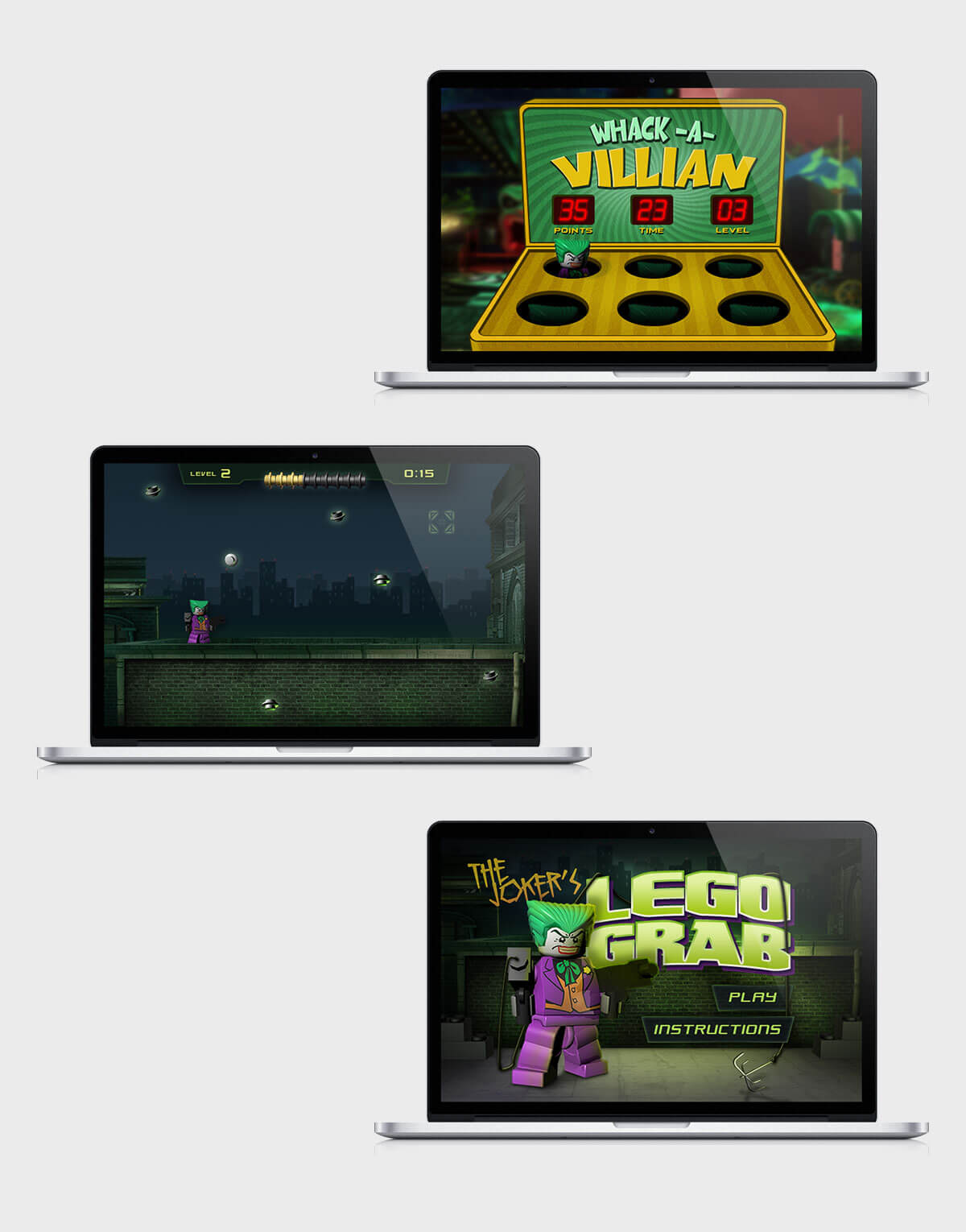 EKR also provided the marketing creative for a display advertising campaign. A series of ads were developed for a robust media buy that included both static and rich media ads that displayed video game trailer.